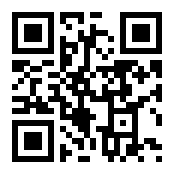 Ricardo Valbuena is a professional artist with an extensive international career of close to 40 years of dedication to painting and drawing. His work has been exhibited in innumerable one man and group shows in Colombia, England, France, Ireland, USA, Canada, Morocco, and United Arab Emirates. From a very early age he leaves Colombia and thus begins a pilgrimage across the world, which has brought him to live abroad for 40 years, in ten different countries and 4 continents. At the age of 29 he had his first spiritual awakening in London, that forces him to question his existence and take off on an adventure that makes him leave Europe and explore deeply the Shamanism of South America and the Amazon. These experiences will guide him to India, were he remains for two years in the Bihar School of Yoga Ashram studying, teaching yoga and doing artwork. From there he moves to Morocco, then Ireland and later the USA, were he becomes a citizen and continues to work on his art, and studies and teaches yoga and meditation. In September 2015 he returns to live in Colombia to paint and teach yoga and meditation. His artwork has been featured in multiple press articles and publications, as well as art platforms, in Colombia and abroad and can be found in public and private collections in many countries.